Students use pizza as a basis for exploring agriculture, geography, and mathematics. Grades 3-5

farm: an area of land used for growing crops or rearing animals

Farming and agriculture are a part of everyone’s life in one way or another. From the job you might have someday to the lunch you eat today—many things in our lives are related to agriculture.

Take a look at a typical school cafeteria lunch of ham, corn, tater tots, chocolate pudding, and a bread roll. Each part of the meal is related directly to agriculture. Milk comes from cows on a dairy farm and is pasteurized at a dairy plant. Ham is a pork product that comes from pigs, and bread is made from flour, a product of wheat. Wheat is grown and harvested on a farm, then ground to make flour at a mill. Corn is also grown on a farm, as are the potatoes that were shredded for the tater tots. The corn was probably canned in a factory, while the potatoes were peeled, shredded, cooked, frozen and packaged at a different factory before being shipped to the school. Even the chocolate pudding is made of milk, soybeans, and corn from farms.

As you go through this lesson, remind students that all food begins on the farm. Now it’s pizza time! 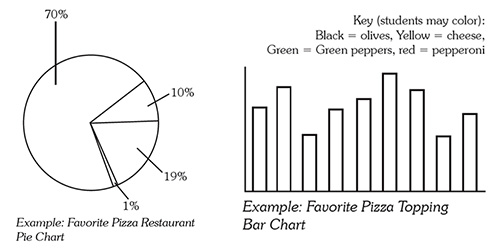 Utah Agriculture in the Classroom